Besiege is coming to Xbox Game Pass on February 10th Spiderling Games has announced today that Besiege is coming to Xbox One and Xbox Series X|S on February 10th — and it is also joining the Game Pass catalogue on day one!

This is the fourth game confirmed for next month’s line-up: Edge of Eternity is also coming on February 10th, while Total War: Warhammer III is joining the PC catalogue on February 17th and Shredders is coming on an unannounced date. 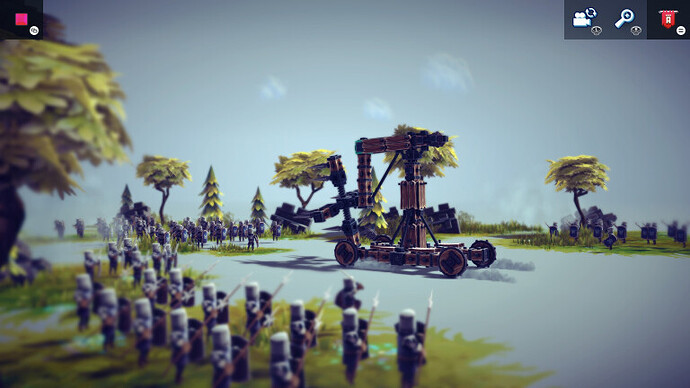 Besiege is a physics based building game in which you construct medieval siege engines and lay waste to immense fortresses and peaceful hamlets. Build a machine which can crush windmills, wipe out battalions of brave soldiers and transport valuable resources, defending your creation against cannons, archers and whatever else the desperate enemies have at their disposal. Create a trundling behemoth, or take clumsily to the skies, and cause carnage in fully destructible environments. Ultimately, you must conquer every Kingdom by crippling their castles and annihilating their men and livestock, in as creative or clinical a manner as possible!

I played this years ago when it was perhaps still in early access. It’s super fun and chaotic, there are some hilarious things you can do with the physics and the sandbox.

nope, you have to build your onw vehicles, diveses etc to demolish the enemies