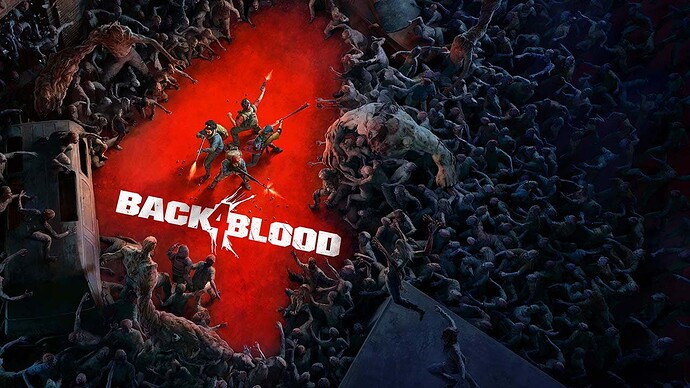 Just a quick thread for impressions about the Beta. I thought about doing it for @Staffy.

I think there’s some stuff to discuss.

This game is the spiritual sucessor to Left 4 Dead 1 and 2, reverred franchise about the Zombie apocalypse.

What is interesting is that it is developped by some of the original creators of L4D, so it’s borrowing some of the tone and atmosphere of the old games, while modernizing the gameplay and technology. I played a bit of it and I feel like there’s some good and bad.

The good is that it will be on GP, so really everyone should just try it. It feels good to play. There’s a lot of weapons and tools to use. Attachments add some customization and progression within each game. There’s also cards you can use to add some perks and bonuses to your team.

The bad. Graphics are alright at best. Characters are detailed, but environments are pretty poor. Weapons feel a bit too punchy and the aim assist is really really strong on console. Also the tension is not quite there to me. Big ennemies are either too weak or too strong and stomp you. Overall, I don’t see myself playing this game for long, especially with the heavy hitters coming later this year.

Although, it’s good to have this type of games making a come back. But I have to say that I much prefer World War Z for Zombie shooting. Not because of the third person perspective, but because of all the content, progression and gameplay that feels much more refined than this L4D clone.

But hey, that’s just my own thoughts and feelings…

What’s your opinion on the game ? Did you like what you played ? How does it compare to L4D ?

Great with friends, not so much with randoms or bots. There is a very solid foundation, the AI just really needs to be improved.

Aim assist is too strong on PC as well.

Just played act 1 with two BOTS and one player. No real communication but it still was fun enough. With friends this could be even more fun.

By the way, when I see ammo or guns I should be able to mark it for my mates, how? I do hear them do this all the time.

Visually I noticed it’s really crisp and the HDR is good, no raised blacks nonsense here, which is nice. Overall it’s good enough, visually, nothing groundbreaking but good.

This is exactly the kind of game I probably wouldn’t buy myself for full price, but with Game Pass it’s a no brainer.

How many acts does this beta offer? Definitely agree that the auto aim is too high and indeed there isn’t real tension.