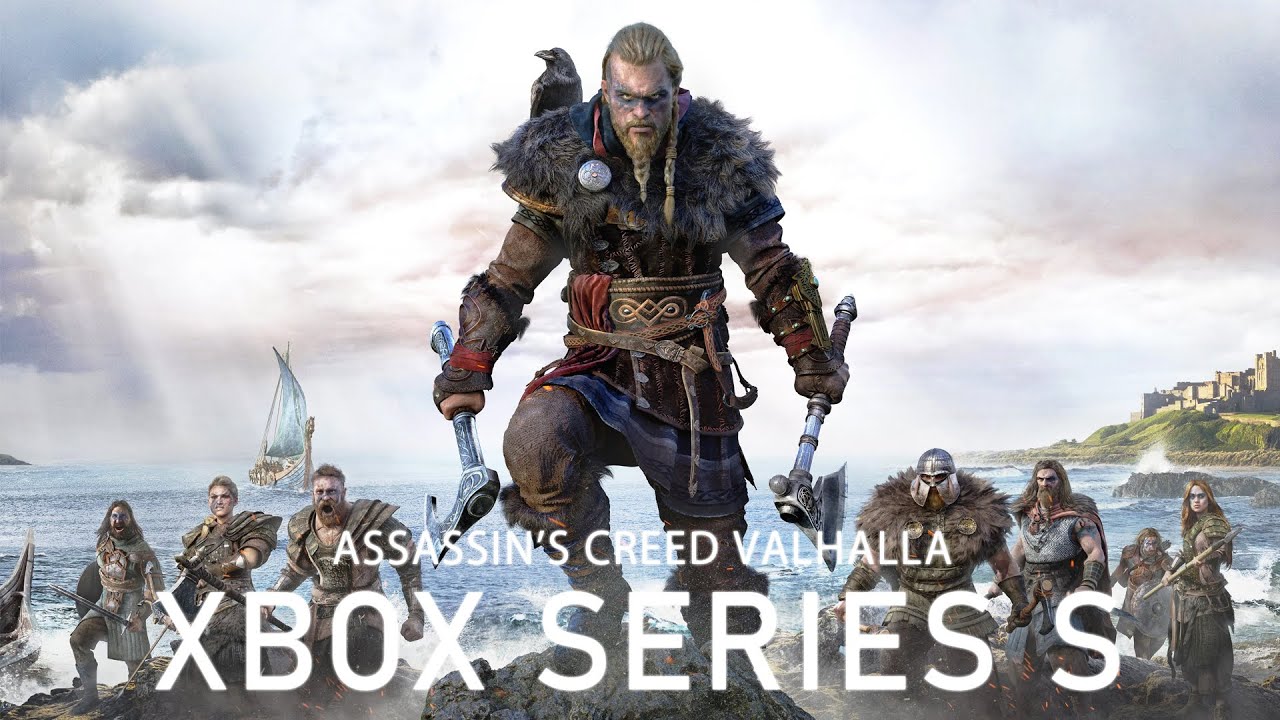 My first thought is a bit of disappointment, 1080p 60fps would be more inline with Microsofts goal of the machine, However we dont know what resolution of the other next gen system will be, if PS5 is has an average of 1590p and XSX is 1700p, 1440p @ 30fps does not seem so bad then.

If Ubisoft couldn’t get 60FPS at 1080p, they probably decided to just go with 30FPS and 1440p. If it’s a locked 30FPS meaning it doesn’t drop, then I would say for a massive open world game like AC Valhalla, that’s pretty good.

I’d be careful proclaiming it as 1440p till someone has actually pixel counted a few scenes.

I guess if we think logically if a game is GPU rather than CPU bound and isn’t using the RDNA2 suite then it won’t exceed the framerate of the One X. Given the GPU is a bit under that unless the one X was say 4K native but even then you might not have enough juice to double FPS reliably.

The thing I don’t get is most people buying a series s will be playing on a 1080p TV. Native 1440 is double the pixels of 1080 and its sad as fuck to see this run at 30fps at a resolution that most people won’t even natively see, so I’d much rather they did dynamic 1080 60 or even 900p 60, like what Yakuza did. Plus there’s so much awful motion blur in this game it doesn’t help covering up that sluggish fps, especially in a combat heavy game like this. Funnily enough even thinking this is 1440p is a presumption, it might as well be 1080p native or even dynamic.

Looks like these games are coming in super hot, explains the lack of communication with regards to information like this.

I will say that it might be me imagining but there looked to be less pop in in the S footage than the X stuff we saw earlier in the week. Might just have been the part of the map he was in I guess. But wonder if 60FPS is right on the edge of not being possible on even the Series X.

Didn’t ubisoft say it would be 1080p 60fps in some of their marketing for this game? 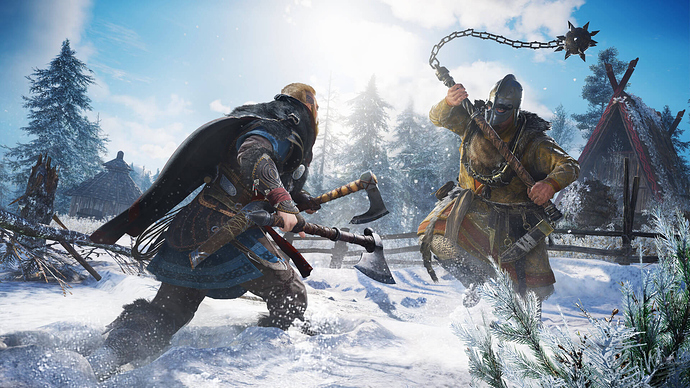 Similarly to all other AC games, Valhalla uses the AnvilNext Engine so it's time to benchmark it and see how it performs on the PC platform.

yeah I dont think its native 4k either, otherwise they would have mentioned that like 15 times in the deep dive video, they only mention 60fps that ecstatically. So yeah, I think it’s gonna be dynamic too. Don’t care about that as long as its 60, which it is. Just wished XSS was also 60 confirmed, looks to be an underwhelming 30 with awful motion blur

yeah I dont think its native 4k either, otherwise they would have mentioned that like 15 times in the deep dive video, they only mention 60fps that ecstatically. So yeah, I think it’s gonna be dynamic too. Don’t care about that as long as its 60, which it is. Just wished XSS was also 60 confirmed, looks to be an underwhelming 30 with awful motion blur

Looking at it on PC even going down to 720P doesn’t save you many frames (12) and seems to be heavily GPU bound. So probably a slightly weird case where performance doesn’t scale with resolution at all. The game is a mess on One X with heavy screen tearing. Series S seems quite the upgrade in comparison.

So I think careful perspective needed and not just reactionary stuff to abstract and context less numbers.

Imho Series S will turn out to be a bad investment over time going full digital with half the storage size, and all these weird caveats of devs either not being able to provide on par framerates or straight up just suck at doing the optimisation or their engines still need a lot more work adjusting to the hardware and/or completely utilising it. 60 without raytracing should have been the minimum, at least with options for it at the expense of whatever else needing to be culled.

Let me give you the picture of Series S in my country where its even more of a bad investment. It costs as much as a Series X itself (35k INR, 500 USD). For context, we shall be getting ps5 DE for the cost of 1 AAA game more (40k INR), which also bags you free online for f2p games AND better performance over Series S on most games. But looks like even PS5 missed the mark by not allowing storage of next gen games on an external drive, and that it’s coming in a later patch, yikes moment.

On the other hand, Phil Spencer was misleading about Xbox Series X and S selling out in India when it’s actually the case that Series X did sell out but Series S is still in ample stock, selling out nowhere in sight, which needs to happen cuz otherwise they really gotta slash that price which I do think will happen soon after launch in a few months.

For that reason, at least in our market, PS5 DE is gonna be a much better fortnite, warzone, apex machine than Series S, which is aimed at the same demographics of casuals and those who don’t care about 4k and shit.

I’m definitely in that bracket of someone who primarily uses Xbox ecosystem through game pass, and has a 1080p TV and monitor so series S should have been perfect to me, but 30fps, especially coming from pc is just really not it. I really really hope they have a 60fps patch for this. The game is out tomorrow and we still don’t have a confirmation of what resolution and framerate the game runs at.

What PlayStation lacks however is game pass, and that alone has so much value that everything else can be easily forgiven. Series S is an excellent game pass machine. The pricing of game pass is pretty good (they got the regional pricing right on this so thank the lawd there) and it’s only gotta keep getting better as more first party games start releasing and game pass just becomes a passive cost to gamers here, the only thing is game pass still needs massive amounts of marketing here, most people don’t even know it exists, on the other hand, being a largely physical preferring market, game pass doesn’t entice people as much. But the cheap entry cost is super enticing and I do expect it to get adopted really well cuz piracy is super rampant in our country too and anything to help these gamers curb it by putting smaller amounts of money to experience a large variety of games is definitely gonna come in clutch.