An ode to the Xbox One X 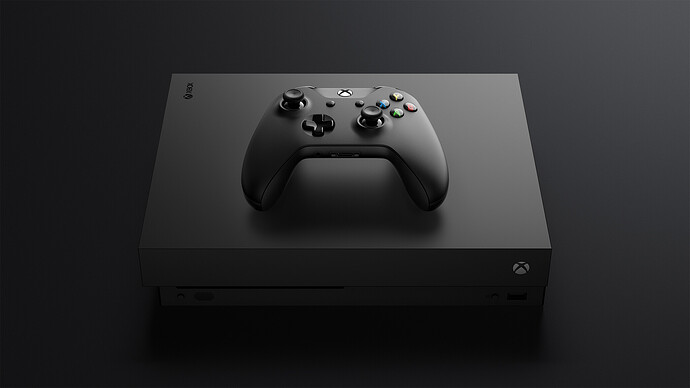 Now that I have my Series X in hand, I boxed up the One X and put it up for sale.

The Xbox One X was a hell of a console. From its design, small form factor, power and quietness, it was an all round beast. The best console made to date. (Hopefully the Series X surpasses it).

I feel that the One X never got the full respect it deserved. It blew the PS4 Pro out of the water. It ran what was the best looking game of the generation in RDR 2 in full 4k. It is insane to think it could do that. Not only did it outperform the PS4 Pro, but it would do so in near silence. My friends PS4 Pro would sound like a jet fighter taking off while playing COD MW, while my One X would barely make a sound. Quality.

This console was Microsofts redemption. This was their apology for the OG Xbox One. The amount of effort put into this console was amazing. It laid the ground for what would follow in the Series X.

Then to add the sugar to the top, Microsofts wizards began their almighty enhanced game and back compat program, which today makes Sony’s efforts look armature.

I only had it for a short few years, but its the best console I have owned, and that includes the Dreamcast and 360.

It made me happy to be an Xbox gamer again.

It’s the Xbox turnaround in a box.

The original white tower of power 360 will probably always be my personal favourite Xbox but there’s no doubt, the 1X is a hell of a good console. I still can’t get over how quiet it is.

I went from an Xbox 360 and PS3 to PS4 only when the last generation started. I skipped out on Xbox One but felt compelled to get back in to their ecosystem around 2018-ish with the One X and Game Pass. What a well designed and quiet machine.

I sold it after getting my Series X but it’s what brought me back into the Xbox space after the One’s launch.

After jumping ship to PS4 from my 360 - it was the One X that lured me back in to the Xbox ecosystem and quickly became my primary console. A great choice as things are looking very rosy in Xbox land right now!

After jumping ship to PS4 from my 360 - it was the One X that lured me back in to the Xbox ecosystem and quickly became my primary console. A great choice as things are looking very rosy in Xbox land right now!

I was the same. I played in 360, and then after the terrible Xbox One reveal with the always on, no shared games BS, I jumped to PS4. It wasn’t until MS released the One X that I went back to Xbox.