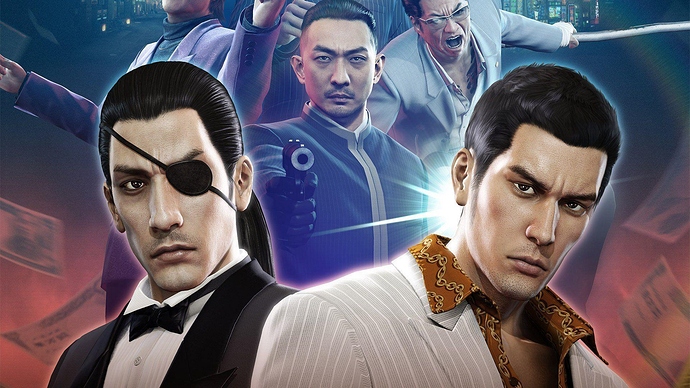 She played Okami and I played Yakuza 0. Thought I would be bored but it ended not only being one of my favorite games in a long time but also made me a fan of the series and ready to pick up Yakuza 7 day one.

I’ve used this example in another thread, but the most recent game this applies to is Dying Light! I generally dislike zombie games (barring their inclusion in high fantasy). Not a fan of repetitious resource gathering or crafting, generally, either. But the parkour in Dying Light became a lot of fun. Running from the meaner enemies was much more exciting than I expected. Throw in co-op and drop kicks and punting infected off of rooftops was a blast! Still fun after weeks!

I am now actually looking forward to the sequel. And after seeing the 4k gameplay footage they showed, I’m all-in for this on the XSX!

A throwback for me would have to be Halo. I’d never been able to play more than a few minutes of first person shooters. M/K is still painful and I couldn’t overcome the Sony controller. Also, most FPSs I dabbled in or watched others play seemed like glorified fish-in-a-barrel shooting simulators. Once I got my hands on the Duke controller, I tried Halo at a store. It had a story intro! I played a bit, and I was able to not die (but I still suck). I ended up taking Halo home and was hooked when the game turned the narrative to quasi-sci-fi horror with the introduction of the flood!

There it was! The first FPS that both engrossed me narratively and had an interface I could use!

ok this is a random one for me a normally in to shooters. But downloaded Tell me why and the story telling in that game is amazing and very well handled I don’t normally like the story based games were you pick the option or out come but this was brilliant

Rocket League, gave up with FIFA years ago and never thought I’d enjoy RL, started playing it in May and I’ve played it nearly every day since - most fun I’ve had in years!

Forza Horizon, 4 specifically. I was never much of a racing game fan, there probably isn’t a single racing game that I’ve put much time into in the past, but I have a group of friends who play FH regularly so I grabbed 3 to be able to join them.

I did a bit of the SP in 3, but the focus was always those MP matches, usually coming in the lower half of the field, but enjoying the chat. SP I could take or leave.

I bought 4 at launch again, thinking it was mainly for MP, but something just clicked for me as I was sliding around a corner on one of the dirt tracks, listening to the gravel pinging off the underside of the bodywork. I didn’t realise it at the time, but I think it might be down to the trigger rumble adding that extra level of feedback, making me feel more connected to the road, more in sync with the vehicle.

But even more fundamentally than that, I finally found joy in nailing perfect corners, and started making liberal use of the rewind button in order to experiment with different approaches, seeing how tweaking an angle here, a brake point there, a more gentle throttle out of the turn could get me around the corner a bit more quickly.

I’ve now sunk hundreds of hours into FH4. I regularly check in to see if any new cars are available in the weekly challenges, despite the fact that I’ve got over 700 cars in my garage. I recently discovered that there’s a limit to how many tunes you can have at once (which is deeply annoying as there’s no easy way to find and delete ones you aren’t using), I’ve got a huge number of cars in favourites ready to break out in those MP matches, and, better than all of that, those friends I used to lose against, I now regularly crush in MP.

If you’d told me 5 years ago that one of my most-played games this gen would be a racing game, I’d have laughed at you. However, it does appear that Playground games really are wizards.

Hitman, loved it so much, I ended up buying Hitman 2 and all its dlc (I’ve never played the dlc though) xD

… balls to drifting in anything else

Indeed! Drifting is the most hated part of FH3-4 in my immediate and extended families! Even with guides, tunes, and an Elite controller for clutch and shifting drifting is so annoying! A small blotch on fantastic games!

P.S. we aren’t much into racing games outside of Forza Horizon, either.

Indeed! Drifting is the most hated part of FH3-4 in my immediate and extended families! Even with guides, tunes, and an Elite controller for clutch and shifting drifting is so annoying! A small blotch on fantastic games!

P.S. we aren’t much into racing games outside of Forza Horizon, either.

Seems some people really love making cars go sideways. Fair play to them, I guess, but not for me.

Fairly recent but Wasteland 3. bro, it is everything i wanted in an RPG. It’s the first game in a while that really really made me wish I had a PC to game on again

A Plague Tale: Innocence. Great 8.5/10. Rented it from GameFly last summer and I regretted not buying it day one. Enough said.

Mount & Blade. A game with painful graphics, virtually no story, and horribly janky controls - but it is so, so addictive to play. Sending your whole army into battle while you are just one part of it, seeing the deaths mount up on the scorecard as your carefully placed archery division pours hell down on the opponents infantry… so good.

Fairly recent but Wasteland 3. bro, it is everything i wanted in an RPG. It’s the first game in a while that really really made me wish I had a PC to game on again

Wasteland 3 is incredible and they did that with just a little more than 3 millions. Insane talent. Their next RPG gonna be insane with full backing from MS.

For me it was Outer Wilds, didn’t know this game then completely absorbed by it.

For me it was Fire Emblem: Awakening. I know it gets a bad wrap from old school fans, but the game most likely resuscitated the franchise into a Nintendo mainstay franchise. In 2013 I just happened to catch a commercial for the game and the curiosity got the best of me.

Thousands of hours after playing it I am a fan!

Ghost Recon Wildlands reigned my love OW games. A friend told me I should give it a try and yeah it was on sale 2018 E3.

I bought it, I loved it.

Ghost Recon Wildlands reigned my love OW games. A friend told me I should give it a try and yeah it was on sale 2018 E3.

I bought it, I loved it.

Based on an anonymous tip

I just loaded that up last night. Still working through the control Honeymoon and shooshing the kids to hear the narratives and tutorials (I use kids loosly; it’s nearly legal to abandon them

). But the premise seems cool! Now if I can just curb their beach storming tactics and get them to slow down and tag then eliminate targets we’ll be making progress!

I started mass effect 1 shortly after release and didn’t like it very much. I can’t remember why but I restarted it a couple months later and made it to the citadel. Then I was hooked and am now on my 7th playthrough.

Yakuza 0 and Grounded; two totally different games but both in the category of genres that I’d been burnt out on. I had grown out of Shenmue-style games after I left high school (admittedly until the Yakuza series ramped up, there weren’t many in that category), and I had tried Yakuza 3 but just couldn’t stick with it. For some reason Yakuza 0 seemed to have just the right amount of distraction without feeling overwhelming and the progression of the story clipped at just the right pace for me… I can’t really put my finger on it.

As for Grounded, it’s just overflowing with heart! I’ve tended to shy away from Survival games these days, save for my love of Minecraft, because too many are samey and with an overwhelming amount of jank; I feel as though that was something that the team at Obsidian strived in earnest to avoid. Sure, it’s a smaller project and there’s definitely some low-budget elements to it, but that’s the only complaints I have otherwise in a game I’ve gotten lost for hours in. 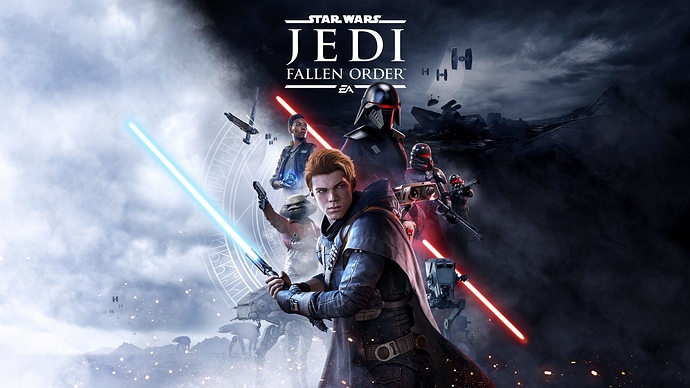 Metal Gear Solid V: The Phantom Pain. Never played a Metal Gear game before in my life. Absolutely loved it. My favorite open world game of all time. Calling in the helicopter every time with Rebel Yell blaring? Hell yeah!