Xbox: More new consoles sold than any prior generation; 70% of Series X|S consoles are attached to new and existing Game Pass members 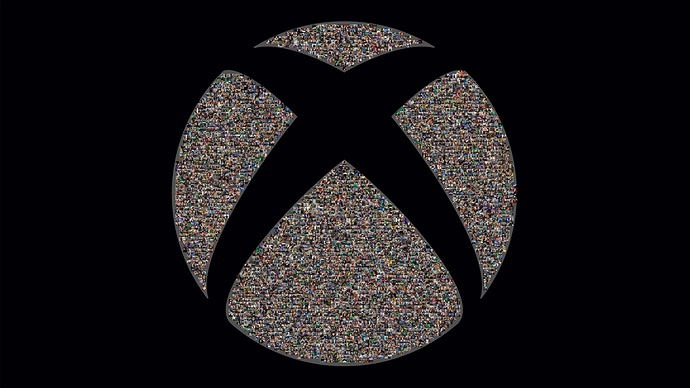 The Biggest Launch in Xbox History, All Thanks to You - Xbox Wire

Thanks to you, the launch of Xbox Series X|S is now the most successful debut in our history. While we missed the emotional spark of being together with you in person, it was incredible to celebrate a new generation of gaming with the millions on our...

Yes, that’s great news. Interesting that series s brought so many new players to the ecosystem. Off to a good start to attract more people to Xbox.

And this was without halo at launch

Yep, the Xbox Series S is definitely gonna do well with the low price of $300. And seeing that 70% of consoles are attached to Xbox Game Pass is very good. Xbox’s strategy here is clearly working.

Series S is going to prove to be huge I think. I’m known at work as “the videogame guy” (I’m sure that’s not unique around here!) and I’ve had people ask, how much do these new consoles cost, 5 or 6 hundred bucks? When I tell them you can actually get in for $300, people are super intrigued. Even people who aren’t current gamers are like whoa, for $300 that’s something I might want to check out. Then I tell them you don’t even have to buy any games because the $300 console has videogame Netflix.

And this was without halo at launch

Halo delay could be blessing in disguise.

It could help the sales later on in summer 2021.

That attach rate is crazy good, safe to say gamepass is quite close to hitting critical mass/word of mouth.

That attach rate is crazy good, safe to say gamepass is quite close to hitting critical mass/word of mouth.

That’s what subscription is all about.

Wow wild how after months of “enthusiasts” saying otherwise that gamepass ended up being a system seller and series s ended up appealing to a new audience that likely otherwise wouldnt have ever bought a xbox let alone at launch, very wild indeed :p.

Anyways, good on microsoft, i feel their strategy this time was the best they could have executed outside of betting their cards on halo infinite. I feel they have a real chance at regaining a lot of their 360 audience and beyond, and gaining a lot of traction amongst multi console owners.

Poised to be greatest generation Xbox has ever had.

MS is going to transform gaming.

Man that would be insane, if that does happen Microsoft could possibly have over 40 studios.

Man that would be insane, if that does happen Microsoft could possibly have over 40 studios.

Absolutely, they’re following the Netflix model which means they will be investing billions into content

Xbox is in a very different place now than the past gen, the amount of people around me who are jumping in either via Game Pass on PC or buying an Xbox for the first time since the 360, or ever, is very surprising.

Bold prediction. I think you will be right.

I speculate that Gamepass will reach 30 million by the end of 2021.

After that, if Gamepass is really the best deal in gaming, then it will blow up like a ballon and may cross 100 or even 150 million subs by the end of 2024.

All things are set on upcoming first party games starting from 2022.

Halo delay could be blessing in disguise.

It could help the sales later on in summer 2021.

If Halo had been perfect, it would have been better right? The only ‘blessing’ is Microsoft read the blow-back tea leaves correctly and delayed the game for another year.

If Game Pass hits 20M by December 31st, then I would say that 100M by the time the next generation starts is definitely possible and very likely to happen.

The most impressive thing to me is that people are subscribing despite the exclusives being non-existent for a while. Outside of Gears Tactics, there’s simply nothing there until who knows when. Imagine when the exclusives start releasing what the numbers will jump to.

In fairness though, those who purchased an Xbox Series X/S using All Access are automatically subscribed to Game Pass for two years and those numbers do count so it will be interesting to see what happens over the next two years and if those people stay subscribed.