Xbox Game Pass - Is Microsoft on track to be the "Netflix of Games"? 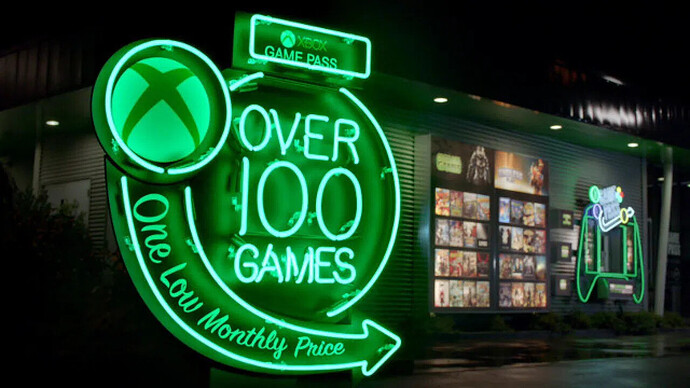 Hi friends, after digging up data on the hundreds of games that have come through Game Pass, compared it to 1000’s of games that launched on the Xbox One, and looked at how Game Pass is doing relative to Netflix’s historical data, we have some insights and thoughts. What do you think? Is Game Pass going to be as big for gaming as Netflix was for movies and TV? Or a smaller version?

Xbox Game Pass - Is Microsoft on track to be the 'Netflix of Games'? - XboxEra

While Microsoft still has work to do, the "Netflix of Games" appears poised for it's next major turning point -and while it still might only be scratching the surface, the Xbox team seem pretty confident that it may live up to the lofty moniker Satya...

Yay for Bad, this was a great vid.

Just watched it and I would like to congratulate everyone for putting this all together. I thought it was well researched and some insightful commentary done

I am glad the growth in PC was highlighted because it is an area that is sometimes forgotten when compared to the size of mobile, but it is a market that is growing and has huge potential to sell 10s millions of subscriptions.

In conclusion I do think Microsoft is following a similar path to Netflix and the areas that need focusing is on the higher critical reception for 1st party games, more E rated games on to the service and to ensure more releases are done for PC and console at the same time.

had no idea about the Nadella-Netflix Exec connection

I’m glad to be associated with people who make great content !

The trajectories with games and user numbers look really good right now and doesn’t seem to slow down. Will be interesting to see, how they expand beyond the core Xbox user base. With releases on PC, mobile and touch controls the people in charge seem to exactly know what they are doing.

I think so, but with the knowledge of what worked and what didn’t at Netflix (and other subscription based services). So in theory they could do better, possibly making it more profitable and faster.

Game Pass will be much more profitable than Netflix. Great video!

Seems like it, Gamepass had transcended niche gaming communities and is now probably the biggest disrupter in gaming and getting main stream coverage and impacting the decisions of casual gamers

I don’t see how anyone can infer Gamepass is a niche when it has as many users as MS sold OG Xboxs.

I’d say yes. At first “the Netflix of gaming” was just an easy, off-hand way to roughly describe the service but now? It makes perfect sense.

Hopefully it keeps growing at a steady rate. All that’s missing, for me, is the “Xbox originals” section, which needs more new entries as the article said. We still wait patiently for those games… 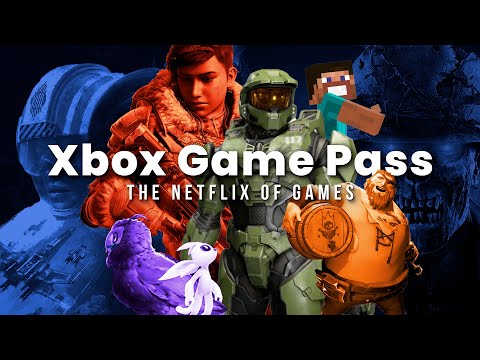 Loved the stats and the insights are also well thought.

Keep up the good work guys

I’d say yes. At first “the Netflix of gaming” was just an easy, off-hand way to roughly describe the service but now? It makes perfect sense.

Hopefully it keeps growing at a steady rate. All that’s missing, for me, is the “Xbox originals” section, which needs more new entries as the article said. We still wait patiently for those games…

That’s what’s so fascinating with Game Pass in that it has grown predominately off the back of 3rd party content, sort of like Netflix before 2013. It is why once first party gets the cadence going, we should see a significant expansion in subscribers, because you start to have compelling, exclusive content.

I’m going to be bold here and say in 10 - 15 years time Xbox Game Pass / Xbox will be the one of the biggest entertainment subscription service and company (Disney, Netflix ect)

Gaming makes so much money, you can buy the game, pay a sub service, buy DLC and buy cosmetics, consoles, headsets and all sorts of other things. MS only needs to make a few Fortnites, Warzones and a few mobile games and they’re set. Some of these mobile/F2P games can make upwards of a billion plus every year.

MS could make a Fortnite / Fall Guys / PUBG / Among Us with such little funds but create a massive game which can bring in tons.

That’s my crazy theory, not fact just a theory haha.

I don’t see a price hike for Game Pass anytime soon especially with other forms of monetization being available. $15 is the sweet spot.