Which new XGS game will you be playing in August? 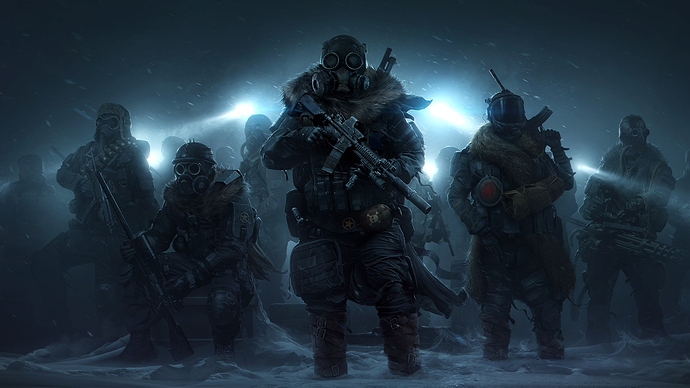 image1920×1080 380 KB
There are four brand new games from XGS coming to Xbox Game Pass this month. Which one will you be playing?

Oh, and please tell me why

For me, it’ll be three games out of the four. Not sure where I’ll find the time though.

I’m interested to try Tell Me Why and Microsoft Flight Simulator. And I’m sure I’ll give Battletoads a try too. Not much into RPG’s, so I’ll probably skip Wasteland 3.

Wasteland 3 for me, looks good and is my type of game. Also my PC will melt if I try to run flight simulator.

All 4! Though I’m most excited for Tell Me Why at this point, but I figure I’ll finish the first episode the same day and then jump into Wasteland 3 the next day when it releases.

It’s all about the toads.

Don’t have a gaming PC so will skip flight for the time being.

Don’t have a gaming PC so will skip flight for the time being.

I have one and I’m afraid it will explode.

I’m not usually into story games but Tell Me Why looks intriguing.

I checked all other than Battletoads. And I will try to play them, if I have the time …

I’ll definitely try out Tell Me Why, I like Dontnod and I look forward to their latest.

Battletoads also looks great, I’ll also give that a go.

Unfortunately, I don’t have a good enough PC for MSFS, so I’ll wait for a console release.

I’m waiting for Flight Simulator to be ported to Xbox, and I’d like to catch up on the Wasteland series before I start playing Wasteland 3. The remaining two I’ll probably play at launch, if I find the time.

I’m really looking forward to Tell Me Why. I also like the episodic releases because I don’t have to invest more than a likely few hours into the first one. Definitely a positive since Aug is likely going to be packed

I’m really looking forward to Tell Me Why. I also like the episodic releases because I don’t have to invest more than a likely few hours into the first one. Definitely a positive since Aug is likely going to be packed

I LOVE Dontnod and Life is Strange, but man the long drawn out release schedule of LiS2 burned me. So glad this one has all 3 released really fast.

Well in my case I’ll be playing 3 of them, Xbox really delivering in August.

Wasteland 3: WL2 was a pretty good CRPG and from what I’ve played of the backer alpha for 3 I’m excited to see how Wasteland 3 ends up stacking up with the extra funding/time and resources that XGS have provided.

Flight Simulator: Its the new but can it run Crysis for PC’s it seems. Looks beautiful and I’m going to try flying albeit at various difficulties depending on how many times I crash.

Tell me why: I love Dontnod narrative driven games and I’m expecting to really like what they have going here for this one too.

I’ll go for Battletoads and Wasteland definitely. Maybe Tell Me Why if I find the time. Can’t play FS because my pc sucks balls.

All of the above. I’ll try and beat Tell Me Why and Battletoads, will do at least one real time flight in MSFS and will see if Wasteland 3 is more my speed compared to 2 (InXile is stupidly talented but poor console ports do their games no favours… Bard’s Tale ARPG excepted). I might just try it on PC.

More than likely Battletoads, Tell Me Why, and Flight Simulator. As long as I can find the time.

Battletoads was looking a bit better when they showed it off the other day, so I’ll be having that day one.

Flight sim is not possible on my daughters surface go so I’ll just have to watch the streams.

Wasteland has been near the top of my list all year. Big fan of tactical gameplay and InXile are very talented at story and building gameplay systems.

The DF video on Flight Sim has me excited to fly my dad back to his home country for the first time in 40 years. Probably won’t have the chance to do that in August though.

LIS2 didn’t do anything for me but I’ll probably give Tell Me Why a shot. Not my genre but the investment for a single episode is usually not too much.

Overall really great month. Surprised they packed so many games tightly together.

Thanks to Game Pass I want to try them all.

Flight Simulator will be making my new PC sweat. I have little interest in flight sims, but the graphical showcase and the sheer options of exploring real-time locations is gonna be interesting to mess around with for some hours.

Tell Me Why is looking good, Dontnod are great. I’ll probably play it when all episodes are out though.

Battletoads looks fun. Played it X019 and enjoyed it, and it actually seems greatly improved with far more variety than suspected. Gonna be a fun one to play with my fiancé probably.

Wasteland 3 is the one I’ll probably play less. I played 2 and while I enjoyed various elements about it, it just felt a bit rough. This looks better but we’ll see if the gameplay convinces me this time.