What was your honest opinion of the Xbox games showcase? 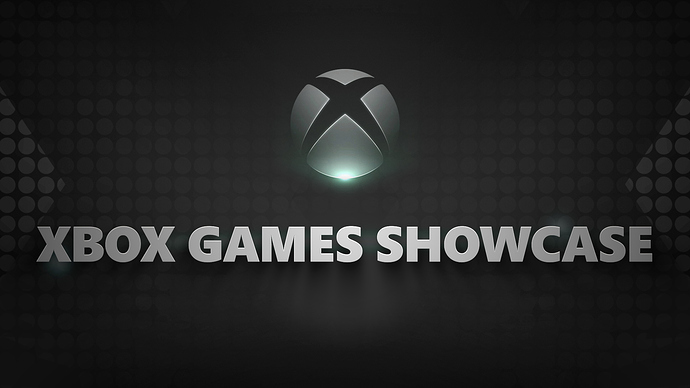 Just wanted to know what you guys thought, personally I thought the showcase completely missed the mark didn’t showcase correctly why we should be excited for xbox going forward. Halo fell pretty flat and cgi just doesn’t translate well in showing game design/mechanics

The actual showing could be better because of very little was actually shown.

Honestly? It was disappointing, because in my opinion this was the most Microsoft had riding on a presentation since they revealed the Xbox One back in 2013, and it fell flat for most viewers. The reactions online can attest to that.

With that said, my confidence in the future of Xbox remains as strong as ever, as they showed a TON of super promising 1st party games. Fable, Everwild, Avowed, Hellblade II, Forza, etc… and we still have other 1st party reveals on the way (from the Initiative, in particular)! The only issue is that these were all CGI/cinematic trailers, and the gameplay that we were shown with Halo Infinite and others was less than impressive, graphically.

It didn’t surprise me, but that’s also beause we’ve kinda spoiled ourselves. We knew about Fable and the fact Obsidian was working on a big fantasy RPG.

Overall there was way too little gameplay and one game in particular realy didn’t show up as I expected. Hellblade.

On the other hand I respect the fact that companies have to put these shows together while working from home, probably already failing to hit deadlines.

The announcements were fine but the presentation itself was just boring.

The Halo showing was slightly disappointing, there were a bunch of boring CGI trailers and there was far too much filler (the Hellblade section was bizarre and we did not need to see Ori at 120fps).

The announcements were fine but the presentation itself was just boring.

The Halo showing was slightly disappointing, there were a bunch of boring CGI trailers and there was far too much filler (the Hellblade section was bizarre and we did not need to see Ori at 120fps).

I gave it a 8/10, which to me is good (not average) as I really went crazy over the Halo demo.

Was average to me. Would have been kicked up a notch if it had Hellblade 2 and something more from Fable.

The announcements were all super solid, the CGI was not. If XGS could learn anything from Sony I’d say to look at how they announce games years in advance. I’d rather have a trailer using in game/engine assets that might the end product might not live up to than CGI.

Tbf most e3 conferences is about that

I hate the trend of “drip feeding information” companies have adopted. If this is their “replacement for E3”, then they should go back to the drawing board in my opinion.

Having said that, maybe because I had zero expectations, I thought it was ok. The best news is that all those games will be available on Gamepass, so it was good.

The games they showed were more interesting than other companies and I’d actually like to play them.

Great for those already invested in the Xbox ecosystem, weak for attracting new people, apart from maybe lapsed Xbox 360 owners. As one of the former, I expected far more actual gameplay, and Halo Infinite to look better visually - in fact, just like the Sony showcase, the next gen visuals on display were not nearly at the level I was expecting. But apart from that, the whole thing made me very happy with a peak at all the games that I’ll be playing in the future. Dragon Quest XI S announcement alone made my day.

I liked the show but felt a little left to be desired. But I came across one comment from somewhere and it for sure holds true:

Its awesome to know what games we have coming in the future for both systems but we just dont know when. That even goes for games that could have just started development last year, how much it has set them back.

But in all I am happy with what I am getting at launch for the XSX compared to PS5. My B/C catalog is coming with me with enhancements and The Medium/Scorn/The Ascent/Gears Tactics/Halo Infinite will keep me busy for some time.

8/10 for me, more games coming sooner would have been nice or more gameplay. It announced the two games im most looking forward to in Fable and Avowed.

I rated Sony’s as an 8/10 too. Both conferences were very similar in their plus points and flaws. Neither had many dates or much gameplay. Both showcases games. I thought Sony’s started badly but finished well. Xbox’s was a bit more solid throughout but I guess Fable being the biggest known thing not announced ever didn’t help.

I’d say the positives for Xbox were amazing roster of games coming. All coming to gamepass. A diversity of genres and styles that no other console can match.

The negatives were - no real graphical showcase for Series X, lack of firm dates, no actual series X gameplay shown…

Halo was the best moment for me as I loved seeing the game in action. Thought it looked great and soooo smooth. But what do I know?!

Overall though, now I’ve had some further time to reflect on it, there was a little too much CGI and not enough pad in hand gameplay. But that’s coming.

Halo was the best moment for me as I loved seeing the game in action. Thought it looked great and soooo smooth. But what do I know?!

Overall though, now I’ve had some further time to reflect on it, there was a little too much CGI and not enough pad in hand gameplay. But that’s coming.

I laughed at how you missed Fable. Gone for 2 minutes, exactly during the trailer.

I laughed at how you missed Fable. Gone for 2 minutes, exactly during the trailer.

Yeah, my friend (a professional electrician, no less!), chopped through the only power cable feeding the TV/Xbox. “Whoops!”

I loved it in all honesty and I think if this was last year’s E3 people would’ve loved it too but because next gen is around the corner people expect more which is fair enough. I give the event a solid 8, and this is because I know they had to show CGI stuff because not all games are ready and I’m completely fine with that.

We will obviously see gameplay for these games that gave CGI trailers closer to when they’re ready so I really don’t see the big deal. If they don’t announce games which are a fair bit out then people would complain that it’s a short show or they didn’t show much so it’s a double edge sword. I think MS knows that most of the gamers who watch it would probably be casuals and not care about it while the hardcore will be upset about the CGIness.

And guess what every single game comes to Game Pass which is mega hype for me.