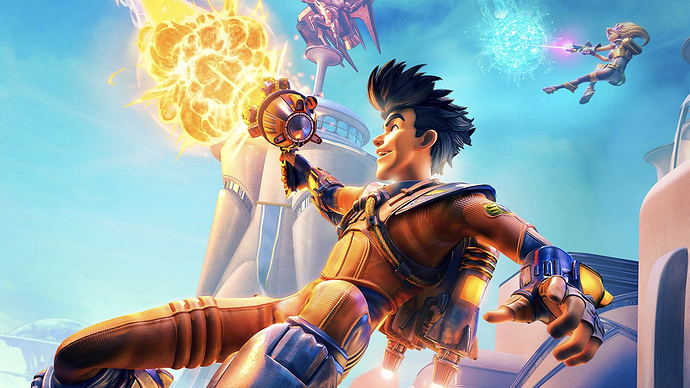 EA certainly dropped the ball on this game, launching what was formerly a F2P game as a paid product with MTXs on top. With limited visibility and a gameplay that requires a bit more involvement than your average shooter, things didn’t go too well for the playerbase, and while you can always find matches thanks to crossplay, it’s not quite the runaway success it could have been.

However, the game is tons of fun. Been playing it on PC yesterday after the Origin version was put on sale for as low as 5 bucks, and I regret nothing. This odd mash-up of the good old Rocket Arena mods, a class-based shooter and Smash Bros. is insanely acrobatic and surprisingly fun. Spending entire battles barely even touching the ground while KO-ing opponents is just thrilling. Here’s a little clip from my session last night, pardon my aim:

If you want to give the game a shot without putting down any money, there’s a free weekend coming up on Xbox One this week!

This also begins the competitive season 1 along with a new hilarious class, a new map, tons of new modes and such. The support so far has been excellent, hopefully these discounts and free trials give the game a second wind.

Has anyone here tried it? Are you gonna play the free version on Xbox this weekend?

Might try this with my friends who I play Fortnite with.

It’s 5 bucks on PC atm, 10 for the Mythic. No idea how long the game is gonna be alive for but I can’t say I’d regret spending these 10 bucks even if I only got to play it for like 2 months.