Riot Games' Titles Begin Popping up on the Microsoft Store 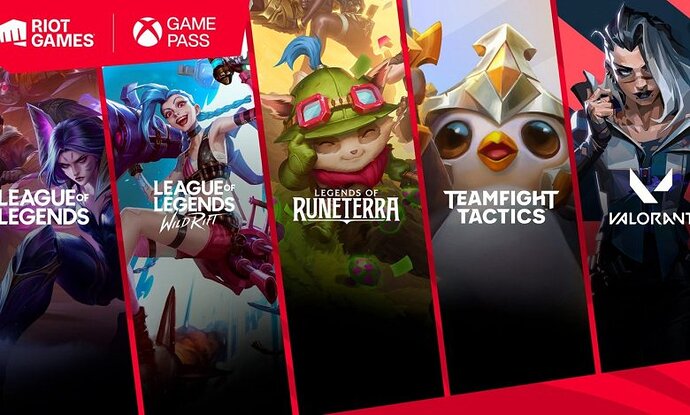 Announced at this year’s yearly Xbox press conference, some of Riot Games’ games have begun popping up on the Microsoft Store. For Xbox game pass players, Riot Games will be offering the following unlocks for their participating games:

As for the games themselves, you can find Valorant, League of Legends, Teamfight Tactics, and Legends of Runeterra right here. But you can’t do much with them right now as they are currently unavailable. More details on the benefits and how to claim them should be coming soon, however.

I had forgotten when these games and perks would be available, so this was a pleasant surprise this morning.

I know most focus on Xbox games, but this is a ridiculously exceptional value for the PC gamers with PC Game Pass or Game Pass Ultimate.

I’m actually low-key excited for this and to see how it works out. I think this was a genius partnership.