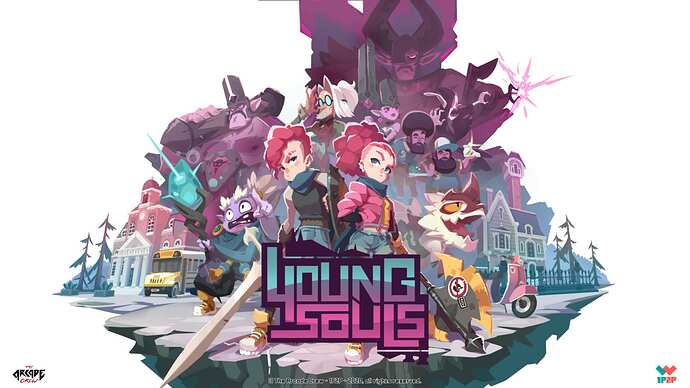 Originally released to the now for all purposes defunct Stadia platform, Young Souls is a fun take on the action RPG genre. Featuring 2D combat, a pair of punk sibling protagonists who just love to randomly swear, and a whole lot of gear and upgrades throughout your 10 or so hours the game is coming to Game Pass at release. With that ease of access in mind let us take a (spoiler-free) look and see if this is a goblin gibbing good time or a puerile punk poser. 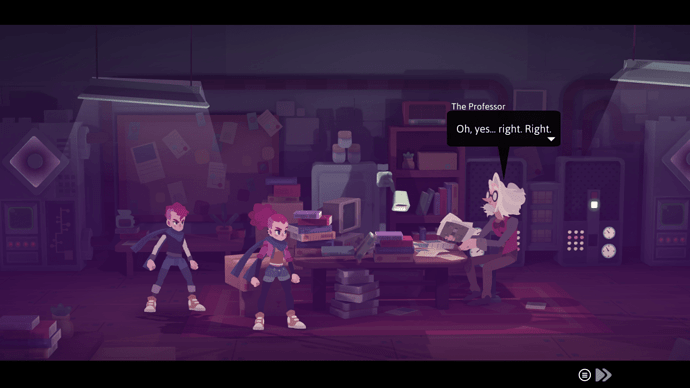 You begin at the end. The world has gone to heck and twins Tristan and Jenn are full of crimson fury as they attempt to save their town. After a “you will get your ass handed to you” first boss things go back in time a short while and the game begins proper. I was immediately struck by how damned pretty this game is. Running in the Unity engine the game features great animation during cutscenes and gameplay alike. Whether it’s traversing your mansion home where the orphaned twins live with the “Professor” or taking your moped around the city (always in a 2D perspective though you can shift planes up and down at any time) things look beautiful.

The game features a mix of real-world and fantasy locations as you quickly learn just what the Professor has been up to. After a short introductory sequence to the game’s many progression mechanics, it is an ARPG after all, you begin the heart of things which is your dungeon-crawling adventures. Each of the game’s 4 main levels is broken up in a grid-like pattern where you face ever more difficult enemies. One of the best features here is your choice in how easy or difficult things are. By default the devs wanted it to be a difficult experience because the sense of progression feels best that way, but if you’re not in the mood for a loot and experience grind you have a ton of control on a bevy of accessibility features. From how much damage you do, enemies do, to things like auto-blocking you can make the game as easy or hard as you want. It’s not typical for a smaller indie title to focus on this area and it was great to see here.

The game is built around couch co-op, which is always great, but it sadly appears to be missing any type of online cooperative play. I played the majority of my time solo and things were still fun and felt well balanced. It adds in a powerful tag-in attack mechanic that helped me quite a bit on tougher enemies as well. None of this setup would matter if the game wasn’t fun to play though, and thankfully it’s solid in that area as well. 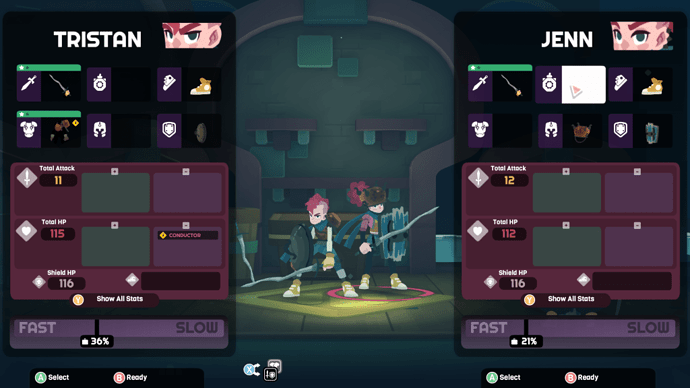 The twin protagonists are a mix of funny and “too cool for school” early on and there were occasions where I failed a mission where I was happy to see their smug faces get smashed in. Combat is fairly basic to start with X as your main attack, Y as your mana using move tied to your weapon type, right bumper is a roll, right trigger is your equipped item (takes a while to get), and A is your jump. Combat is 2D brawler style with an emphasis on parrying using the LT (which is block when held down). Getting the timing down for this was key as multiple enemies and bosses simply can’t be hit (when solo at least) until you parry them.

It wasn’t always the most balanced system but there is a decent variety on hand weapon wise and finding new ones, crafting them, and then focusing on upgrades was a lot of fun if you’re into the RPG style “numbers go up” powering dopamine hit. In my first hour or so the combat felt flat but it quickly evolved as I found more weapons either by defeating bosses (called Guardians) or loot chests. The upgrade system helped quite a bit as you can, slowly at times, unlock more perks on your armor and weapons to create builds. It ends up being quite a deep and satisfying system in the long run.

Load times were a bit long considering the size of the game but it was good enough that the constant fast traveling to and from the dungeons never felt punishing. One of the big, and enjoyable, grinds are finding the various types of keys needed for both loot chests and accessing certain areas. There is a lot of value here whether you’re playing on Game Pass or buying the game outright. The game has no voice acting but features a whole lot of well-written text. The dialogue goes for humor often and it hit fairly regularly with me, outside of the twin’s initial “everyone sucks!” vibes. There is also a surprising amount of swearing in the game, which you can turn off if you prefer. The music is solid here as well. It’s never particularly memorable but it also doesn’t get in the way and feels appropriate for the story and action going on. I ran into no major bugs as well, and quick resume worked like a charm the entire time I played through the main campaign. 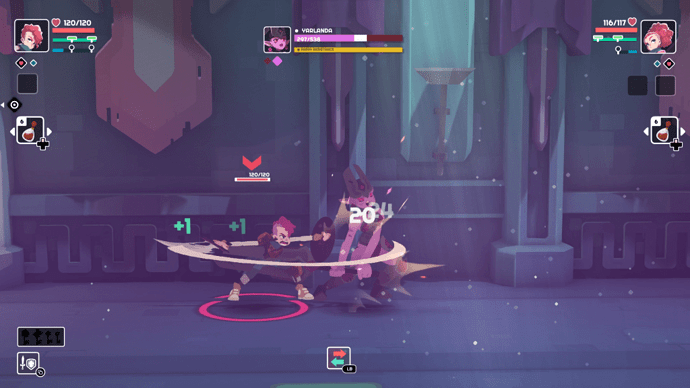 Young Souls is an easy recommendation on Game Pass. For a purchase I’d make sure to watch some gameplay footage to make sure you know exactly what you’re getting here. It’s a comprehensive and entertaining package. The story is a bit basic overall but features well-written, snappy dialogue. Combat is solid and making your ultimate gear setup never got old, and the graphics are gorgeous. Despite their flaming red hair, these twins are full of (Young) Soul(s).

Nice to know this is a solid couch co-op option, thanks for the reviews. That first line might get some Stadians on your back though…

Nice to know this is a solid couch co-op option

Yep! Lately been looking for local co-op games on GP and this came perfectly out of nowhere lol

Will have my ten year old nephew over next week, this sounds perfect!

Nice to know this is a solid couch co-op option, thanks for the reviews. That first line might get some Stadians on your back though…

I can take 2 or 3 people getting annoyed at me.

I was able to play a little bit this morning. I think the cutscenes look cool but from what I played im really agreeing with your last con. They’re not annoying me enough to stop playing but I hope their personalities improve.

I was able to play a little bit this morning. I think the cutscenes look cool but from what I played im really agreeing with your last con. They’re not annoying me enough to stop playing but I hope their personalities improve.

It is real grating early on, less so as you progress. It’s never great, though.