@NintendoAmerica
Tune in for a #NintendoDirect with roughly 40 minutes of info focused exclusively on #NintendoSwitch software, mostly releasing in 2021, followed by around 3 hours of gameplay in #NintendoTreehouseLive | E3 2021. twitter.com/i/broadcasts/1… 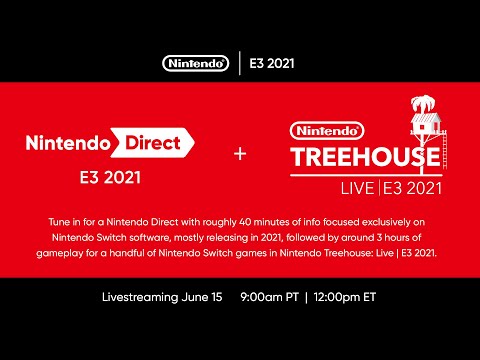 Just a few random ones:

It’ll be an ok show. Nothing special though.

@Twitch
Nintendo tweeted from their official account that co-streaming today’s event is not allowed, differing from years past. While /twitchgaming has permission to air the show, we won’t be airing the event because all creators can’t co-stream. twitter.com/nintendo/statu…

Anybody who does those “React” videos with the thumbnails.

You know the ones.

Finally, going to see the Metroid Prime trilogy on Switch.

Time to ride the “Chief in Smash” train all the way to hell!

Kazuya from Tekken in Smash?!? Did NOT see that coming.

Worms Rumble is Worms like you’ve never played it before, with intense, real-time, arena-based 32 player cross-platform combat. Get ready for Deathmatch and Last Worm Standing modes where you’re only ever a Holy Hand Grenade away from death!

Time to ride the “Chief in Smash” train all the way to hell!

so that was a lie :c

Metroid looks cool, def getting that

so that was a lie :c

If it’s there it’s at the end lol

If it’s there it’s at the end lol

Oh I thought the smash thing was already announced? I only just joined