Driven by Marvel's Avengers, SquareEnix reports a ¥6,5b loss 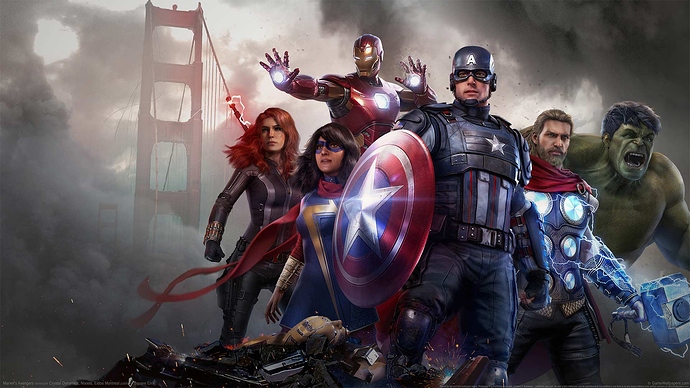 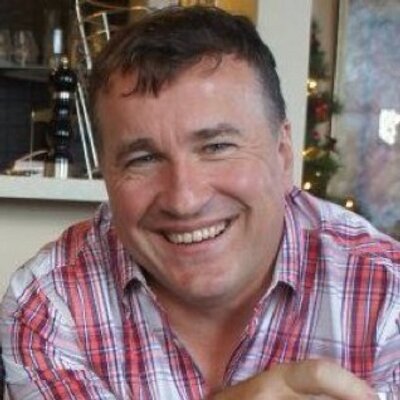 Game was a train wreck

Crazy, a game like this should of made millions.

No tears will be shed over Square. They need to make better games and stop segregating fans with timed exclusivity.

Good. Exclusive shit made me not buy the game.

I think the exclusive Spider Man did them no favor with gamers on other platforms than Playstation. Understandable.

So are you saying that when you make shitty deals favoring one platform over all others your sales suffer? Shocking.

But honestly, Square did this to themselves. Perhaps stop trying to alienate your fans on other platforms and see them buying your games too?

Good. Exclusive shit made me not buy the game.

Same. Add in the controversies over other exclusive DLCs with phone carriers, lackluster post game levels, and clear sign that Square wanted this game to be a platform for monetization and it’s no surprise the game sold less that expected.

Now if only XB leap on to try and buy them.

I usually try to take a more detached view and think about how the people who made a thing feel but… I’m not too broken up over this in light of the Spider-Man thing.

Yup this is what happens when you release a game as a service but limit the amount of content on 2/3rds of the platforms. Maybe squaresoft will stop doing deals with sony because it didn’t work out for this game. Moneyhatting Street fighter didn’t help Capcom either.

As SE wipes their tears with money.

I think more than anything it was not a great fit. Crystal Dynamics is a fantastic single player dev and from my understanding the campaign is great, but in order to sustain a game of this size with this license, you need additional revenue. So you go off to 5 Gum, PlayStation, Verizon, whomever will give you money (games like Halo Infinite have done the same), but it’s not enough. You need to have Multiplayer, co-op, loot, an Endgame. But you still can’t afford the cast and talent, so you rely on proxies that hit on the Uncabny valley and are voiced by good talent who are becoming overexposed. And through this, you’ve inadvertantly started alienating your customers.

Couple this with a buggy launch, a lame beta, poor word of mouth, pissed off PC, Stadia and Xbox fans, and sales crater. But you need to fix the game meaning the remaining team has to delay content to fix bugs, which makes the game spiral worse. And Square sees the sales and decides to pull the plug more instead of invest, because like Anthem, they have enough fingers in other pies to get by. Destiny, SoT, SoD2, Fallout 76, No Man’s Sky, these games got better because they had to. Avengers doesn’t have to get better with FF7 Remake Part 2 around the corner, two massive Sony moneyhats and Balan Wonderland and Outriders ready to pick up the slack.

I hope this game improves but outlook is murky. PS4 and 5 gamers will see Spidey to fulfill a contract, a Series X version will probably come out to salvage whatever it can, but I am waiting to be proven wrong here.

None of this is on Crystal or Eidos, fantastic devs and I hope MS takes them under their wing or continues to hire alums at Initiative if Square takes action. This is on Square Enix and the whacky world of licensing. They bit off more than they can chew.

I quit Avengers after the 8th mission once the loot stuff really kicked in. Game could have been awesome if everything was as is but with all the loot removed. Avengers should have had a skill tree but their skills already listed but you can just upgrade them to be better, stronger, faster, etc. Then have character story line expansions for $10 each. If SE would have done that, I would have been all in.

Hoping Microsoft can somehow acquire Crystal Dynamics and Eidos Montreal along with the Tomb Raider and Deus Ex IP’s from Square Enix. That would be fucking awesome!!!

Looks like I dodged a bullet, the spiderman character exclusive made me and many of my friends and family pass on the game.

As a casual super hero fan, I literally only know or like batman or spiderman pretty much.

So it went from a day one buy, to a pass.

Looks like I dodged a bullet, the spiderman character exclusive made me and many of my friends and family pass on the game.

As a casual super hero fan, I literally only know or like batman or spiderman pretty much.

So it went from a day one buy, to a pass.

Yeah, I even have a PS4 but that crap made me not buy the game at all. Hate shit like that with a passion.

Yeah, I even have a PS4 but that crap made me not buy the game at all. Hate shit like that with a passion.

I can imagine they are regretting taking the Sony money for that.

Especially as it could’ve had cross play too if it wasn’t for that I bet.

They outdid Anthem even more so lol, player base fell off a cliff, got quite the roasting by critics and didn’t sell enough to boot either.

They outdid Anthem even more so lol, player base fell off a cliff, got quite the roasting by critics and didn’t sell enough to boot either.

Wasn’t anthem one of the best selling games of the year too? I think it was like 5th right for it’s year of release? I could be wrong…

I actually quite enjoyed anthem, I defintely feel it has major potential as an IP, I hope it gets a SUCCESSFUL relaunch in the future.

I got 80 hours of enjoyment from the game before deciding I was done completely.

That’s what you get when you neglect the userbase of two thirds of the platforms your game is available on: 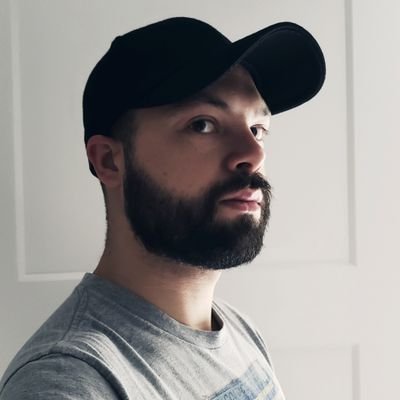 Final Fantasy VII Remake, a game on only one platform, generated higher sales and operating income for Square Enix during its launch quarter than Avengers did across 3 platforms https://t.co/IX6NqF8F9W 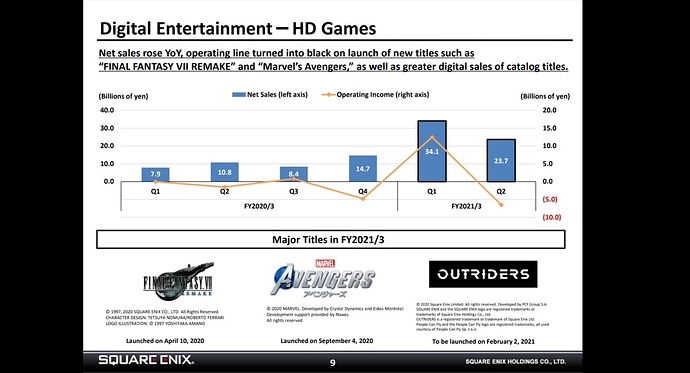