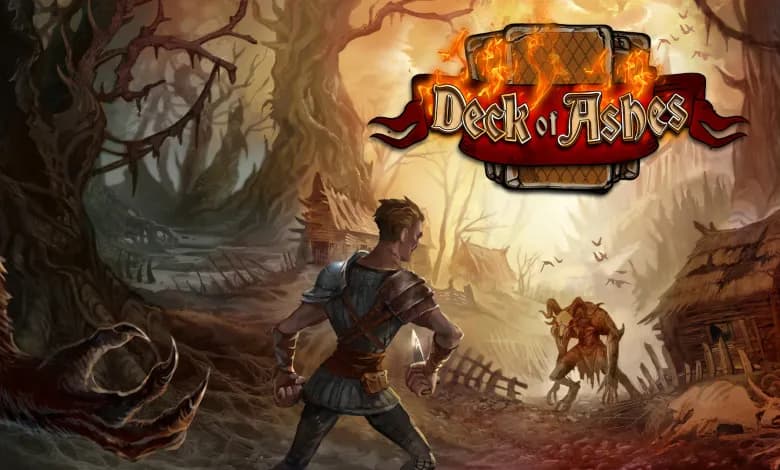 Developer AYGames has today revealed the console and DLC launch for Deck of Ashes. The complete edition of the game will be coming to Xbox One and Xbox Series X|S on 21st April 2022. The new DLC “Tome of Dimensions” will be bundled in with the base game which has been available on PC since 2020. The game will also be launching on Nintendo Switch and Playstation4|5

A mashup of card battlers like Slay the Spire and Darkest Dungeon, Deck of Ashes challenges players to build creative decks to survive and take down enemies. Lead a group of rugged antiheroes through a hellish fantasy world decimated by the Ash Curse, a plague that unleashed monsters and other mutations upon the land. Deck management is key, and every choice a player makes can strengthen their odds in battle or make things significantly more tricky. Find resources and upgrade items to further bolster HP and attack power. Deck of Ashes’ roguelike element means it’s especially vital to keep an eye on health–if the player dies, only the help of dark magic can prevent permadeath.

In addition to the base game, players can experience a new Deck of Ashes adventure with “Tome of Dimensions,” a DLC featuring a brand new character, Sibyl the Dark Soul. Sibyl is a lonely character looking to bring her race back from extinction. Use Sibyl’s Deadly Shot ability to deal critical hits with different arrowheads. She can also strengthen her power by resurrecting fallen enemies in the form of skeletons. Finally, Sibyl brings two new effects to assist in battle, Fear and Hysteria.

Sound promising, if it’s anything like ‘slay the spire’ then I’m sure I’ll be hooked for many hours.

How did I not know about this game, I can’t wait! I still play Slay on a weekly basis.