Currently, who are your top 3 Publishers/Developers based on what you're playing & enjoying at the moment? 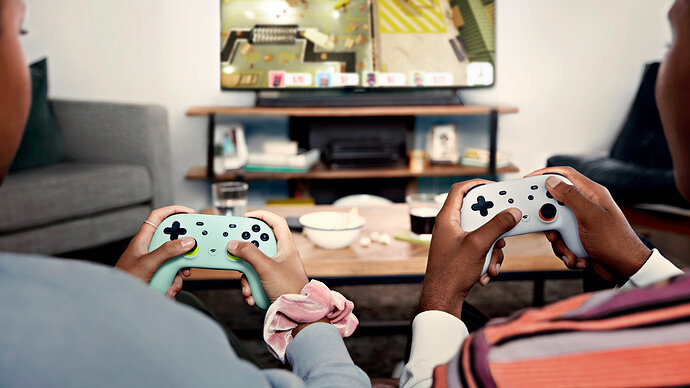 For me strangely it’s:

Ubisoft and their slate of games

Microsoft and their 1st party on GP

Honorable mention to Exor Games, once Im having a blast with Rift Breaker atm as well, really well made game.

EA lmao, their 360 library is a gem and a lot of it’s on GPU. Finished Dante’s Inferno and Dead Space 2, downloaded Alice MR to play sometime soon, and I play a level of Unravel every couple of days, cute little game, I’m also looking to play It Takes Two, so yeah I actually vibe with EA outside of their mainstream stuff.

XGS: Forza and Flight Sim always in my quick resume and they’re my decompression games, waiting for FH5 tomorrow to replace FH4.

Bethesda - The Evil Within 2 finished a while back, and Dishonored DotO with fps boost currently playing.

did an edit here to fix spelling

First saw this topic and thought it was going to be a “top 3 in general” instead of just based on what im currently playing. Since I rarely if ever play more than one game at a time, I will list the current game that im playing and the next two games that im planning to play afterwards.

The Division 2. Currently playing Season 7 (Season 4 re-run) as I didn’t play it a year ago since I had already traded in my PS4 Pro. About halfway though this season and waiting on the final target and main target to be unlocked on Tuesday. Absolutely love this game!!! Can’t wait to see what they have planned for 2022.

Biomutant. Will most likely pick this up when I go trade in Godfall this week. I played about 12 or so hours but stopped because Ratchet & Clank came out and that took priority over Biomutant. But what I played, I enjoyed and since it’s been patched to turn off the narrator and the weird language from the creatures, im much more looking forward to playing it after I complete season 7 in The Division 2.

Halo Infinite. By the time I finish Biomutant, Halo Infinite should be a few days away. Looking forward to Infinite as it will be the very first Halo game that I have ever played.

No one playing FH5 here?

No one playing FH5 here?

Cant play a game that isnt out

Cant play a game that isnt out

Forgot the game isn’t out yet for many/majority

Nintendo always brings me back with Metroid. Praise to Mercury Steam but the actual dev isn’t too relevant.

I’m not playing any From games right now but I’m pretty hype for Elden Ring after that gameplay video, might have to go back to Dark Souls Remastered.

Honorable mentions are Fromsoft, cuz I’m replaying Sekiro with some new insane boss mods that are beating my ass like it were my first time playing the game lol, then there’s Devolver with the GOTY Death’s Door.

Falcom ( I just started Trails of Cold Steel 4, and with the vast overarching narrative and world building, Trails has become my all time favorite JRPG series. Played Ys IX a couple months back too. Not the strongest Ys, but Falcom’s gameplay loop is quite addicting and they provide simply the best video game music in the industry)

Inti Creates ( because I’m so hyped for Gunvolt Chronicles 2, to the point where I made it my Xbox background, I went back to the older ones on my Switch to attempt some level challenges I never did, just to get back into the groove of things. Also replayed the Blaster Master Zero trilogy on Xbox, my all time favorite Indie games. Inti usually produces at least 2 games a year and they are always a highlight for me)

Capcom ( I still play MH Rise, and I’m highly anticipating the Village DLC, got the 1000G on that game and everything. I noticed that I’ve bought pretty much every game Capcom has produced in the last couple years, and I don’t see any that I felt wasn’t worth it.)

This year I’d have to go

Xbox GS: Psychonauts 2 and Horizon 5 have been excellent and we still have Halo

Namco: played Scarlet Nexus which I loved and have really gotten into Tales of Arise.

Square: This comes as a massive shock to myself but thinking about games I’ve played this year that I liked, even though I wasn’t fully in love with them Square had Outriders, Guardians and FF7 add on.

Nintendo can still edge them out. Haven’t gotten around to dread yet.

Falcom ( I just started Trails of Cold Steel 4, and with the vast overarching narrative and world building, Trails has become my all time favorite JRPG series. Played Ys IX a couple months back too. Not the strongest Ys, but Falcom’s gameplay loop is quite addicting and they provide simply the best video game music in the industry)

It’s really cool that Nisa and the Geofront are working to make official port of the Crossbell games, but I’m legitimately going to blow a gasket if they release Kuro late 2023 or even 2024. Having to dodge spoilers for 4 years is some bullshit.

I noticed all of them are producing geners XGS/ Sony/ Nintendo don’t do.

I very rarely play more than one game at a time, at least not singleplayer games.

Right now though I’m playing Forza Horizon 5 so my answer would have the be Playground/Xbox Game Studios!

Uh, I started call of duty vanguard but I wouldn’t put Activision as a favorite.

Which makes it even more ridiculous that those games are taking as long as they are to release. Makes no sense to me to kill the momentum on the series in the west for ported psp games either. Whoever wanted to play Crossbell at this point either did or watched a playthrough for it so having to wait 3 years for the conclusion to Cold Steel is some bullshit.

I imported a Hajimari copy and I started the spreadsheet playthrough but I dont wanna have to set it up everytime I wanna play.