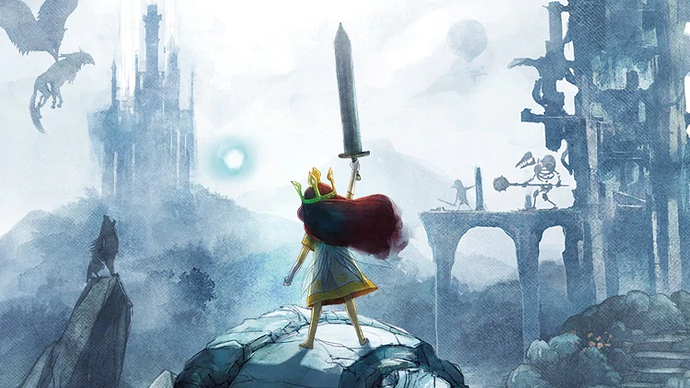 What more can I say!!! One of the best soundtracks I have ever listened to. Currently have it playing on in the background as I work at my computer.

The game itself was fun, could of used a bit more depth but it was a fun ride; It’s a shame we never got a sequel. The OST on the other hand in my opinion is godteir.

I only have two video games soundtracks on my phone, Red Dead 2 and Child of light. For anyone who hasn’t heard the OST, I suggest you go listen to it right now. From the very beginning it’s transcending. It peters out a little at the end but the first half of it is so good i can have it on all day.

Aurora’ theme and Deep Dark Well are immaculate and need to be heard.

I loved Child of Light.

When I first saw Ori, I hoped it would be like Child Of Light, but damn. Child of Light 2 will never happen will it?

Amazing soundtrack, indeed! Such a shame there’s no information about a possible sequel

ah, I remember the days Ubisoft didn’t all equate to “big open world with lite rpg and loot elements”.

Child of Light was such a unique and refreshing game, and although I hadn’t gotten to complete the game back then, I liked how much I played of it.

Currently playing Rayman Legends and even there I clearly see how much inspiration Ori games took from the series, it’s just sad to me that Ubisoft stopped pursuing these smaller projects. Child of Light, Rayman, Valiant Hearts are pretty much the last remnants of their efforts in this department. Even EA is doing better here with their EA Originals program.

Oh yeah, the UbiArt era with Child of Light, Rayman Origins, Rayman Legends and Valiant Hearts. These where all really nice games, why can’t Ubisoft continue on this road?

I loved this game, was one if not the first game I ever got all the achievements on iirc, all this time I’ve been waiting for a sequel but then again the story didn’t really need a sequel but maybe it was just a one off game.

I always cry when Off to Sleep sounds at the end. Brilliant game and I’d love for Ubi to take a 2nd chance on that IP.

Amazing soundtrack, indeed! Such a shame there’s no information about a possible sequel

There is info. It isn’t happening anytime soon unfortunately. Ubisoft Montreal is no longer a studio that does a project of that scope.

There is info. It isn’t happening anytime soon unfortunately. Ubisoft Montreal is no longer a studio that does a project of that scope.