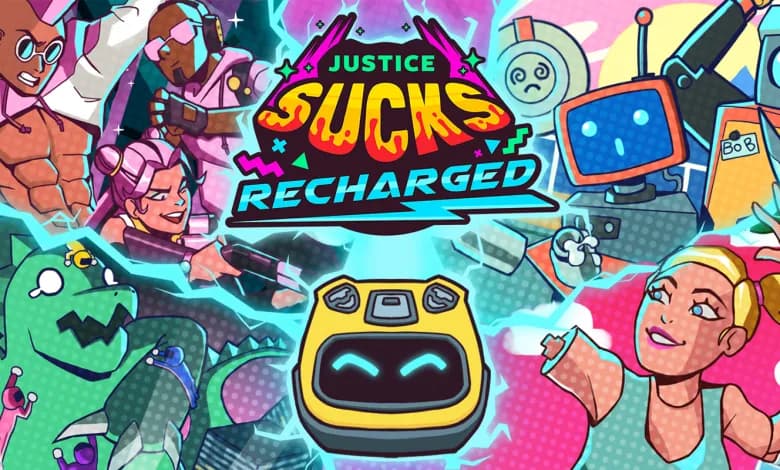 A new comedy/ action title from developer Samurai Punk and publisher tinyBuild has a release window. Justice Sucks, a game where you play as a killer robot vacuum, will launch on Xbox One and Xbox Series X|S sometime this summer. You can find the announcement trailer along with more information on the game from the press release below.

Dusty McClean is just a little yellow robot vacuum cleaner that loves his family. He’s also sentient, which isn’t supposed to be a feature. After a brutal run-in with a corporate warranty enforcement squad, his family has been abducted, and Dusty has been left trapped in a world of ‘90s TV weirdness. Clearly, this calls for a training montage.

Aided by the ever-swole Sexy McClean (his fighting spirit, mystically manifested) Dusty must sneak and fight his way through an army of over-the-top TV villains. Hack devices, trap foes and always clean up afterwards on a quest to become strong enough to return to reality and save Dusty’s family.

To become a master of stealthy robot combat, Dusty will have to improvise with weapons found around each environment. Drop ceiling fans on bad guys, electrocute them with spilt water and hacked power sockets, and unleash a variety of blood-fueled special powers unlocked through mastering JUSTICE SUCKS’ many missions.

Cute look, silly premise. If it’s on GP or not too expensive, I’m in.

Quite like the unique premise of it personally. Will be keeping my eye on this one for sure

This had a demo in the summer games fest or whatever, and it was actually way more fun than I thought it’d be. Depending on price and actual release date, I might buy it at launch.