After watching the Xbox documentary, I really want to see

A documentary following the development of a game from start to finish. So it starts with the design board and pitching of ideas, and how that project actually gets greenlighted. Following on we see how they bring the team together, find a story, find their voice actors and then ramp up the team as the game gets closer to release. It would be amazing to see all the issues they face, missing milestones, how they go about bringing subcontractors to help them and so on.

The be honest, the only company I could see who would be up front and honest doing one would be Microsoft. They were very honest and forthcoming with the Xbox documentary, and to me thats why it was so well recieved. I dont think they need to do it with one of their higher profile studios, but its absolutely something I could Obsidian or Double Fine doing.

Now, maybe im behind the times and there already one out there, if so I would love to see it.

What do you guys think? If done well it could really open the minds of the gamer’s who throw shit at devs, and this could make people appreciate all they go through to get a game from conception to release.

You watch NoClip? They do a number of warts and all behind the scenes docs. Got ones on Arkane, Bethesda Game Studios, Obsidian and iD.

Two Player Productions did ones for Double Fine and a Compulsion doc called The Cost of Joy is out there too.

…its absolutely something I could Obsidian or Double Fine doing.

Now, maybe im behind the times and there already one out there, if so I would love to see it. 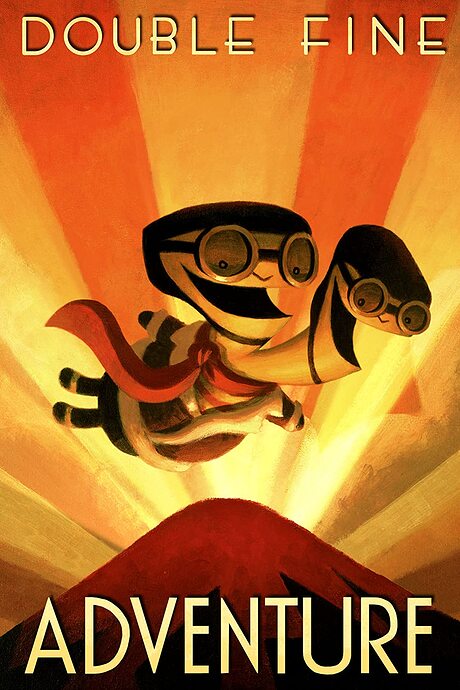 Their YouTube videos documenting their Amnesia Fortnight event are also worth watching, even if it’s more of a condensed version of what you’re looking for.

Tim Shaffer is the man. Thanks, will watch.

Another set of documentaries double fine do is something called Amnesia Fortnight. They basically are given 2 weeks to make a game. The documentaries are super interesting as you see all the stages of game development all condensed into a 2 week time frame. Here is the playlist of my favourite one Amnesia Fortnight 2017 // Day 0 - YouTube they have done others

As others have mentioned - Double Fine has literally made what you are asking for but not only that they have a second one coming soon that covers the development of Psychonauts 2. It should be quite interesting, I think Double Fine Adventure was being released during it’s development so there was a very clear “hey we’re trying to avoid spoilers” till the point where the game actually released when they could more openly talk about everything - but this time it’s coming out after the game is out so they should be free to talk pretty openly about the development process. Plus there’ll be other factors like the Microsoft acquisition which are sure to be a part of it.

I can’t wait for the Psychonauts 2 documentary